The RTA is planning for Bus Rapid Transit on Woodward, Gratiot and Michigan Avenues and for regional commuter rail connecting Detroit to Ann Arbor.

You’re invited to a series of public open house meetings to learn the latest plans, ask questions, and share your ideas. 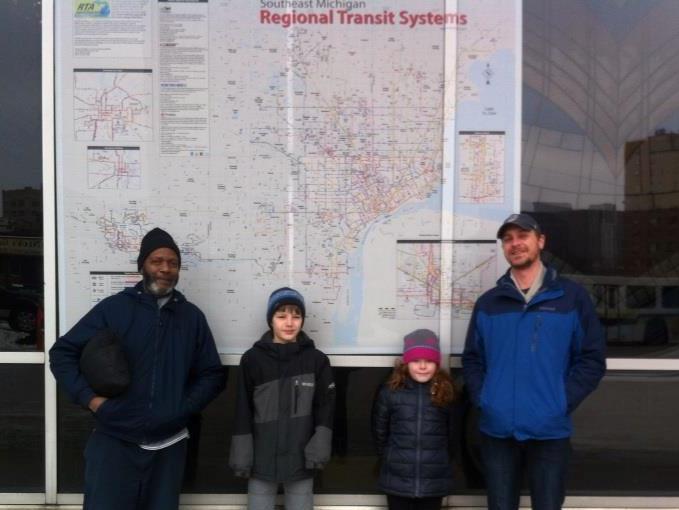 The State of Detroit Transit is Improving!

After many years of struggle and decline, public transit is finally starting to get better. It’s far from good enough, with too many people still waiting for late buses or left completely without options. Yet improvements are coming and the future looks bright.

The Regional Transit Authority (RTA) is actively planning rapid transit on Woodward, Gratiot, and Michigan Ave, while also evaluating developing a plan to improve transit through the entire four-county region.

DDOT has made major improvements from their horrendous service a year ago. With new buses and drivers, they are finally providing nearly 100% of their scheduled service, with even more improvements to come.

Read on for more information and details of Detroit area transit progress in 2015.

Southeast Michigan has a recommended plan for how to build rapid transit on the full 27 mile length of Woodward Avenue! If built, this Bus-Rapid Transit would provide frequent, attractive service to many major destinations along this essential corridor.

Although much of the proposed Woodward BRT follows best-practices of running in dedicated lanes, as currently proposed, the BRT would move off Woodward through midtown Detroit and potentially sharing traffic lanes on Cass and John R instead.

A huge thank you to Michael Ford and to everyone who came to TRU’s fall meeting November 10 to see him!

It was a great opportunity to hear about Michael’s goals and plans as well as to catch up with old friends and to make new ones.